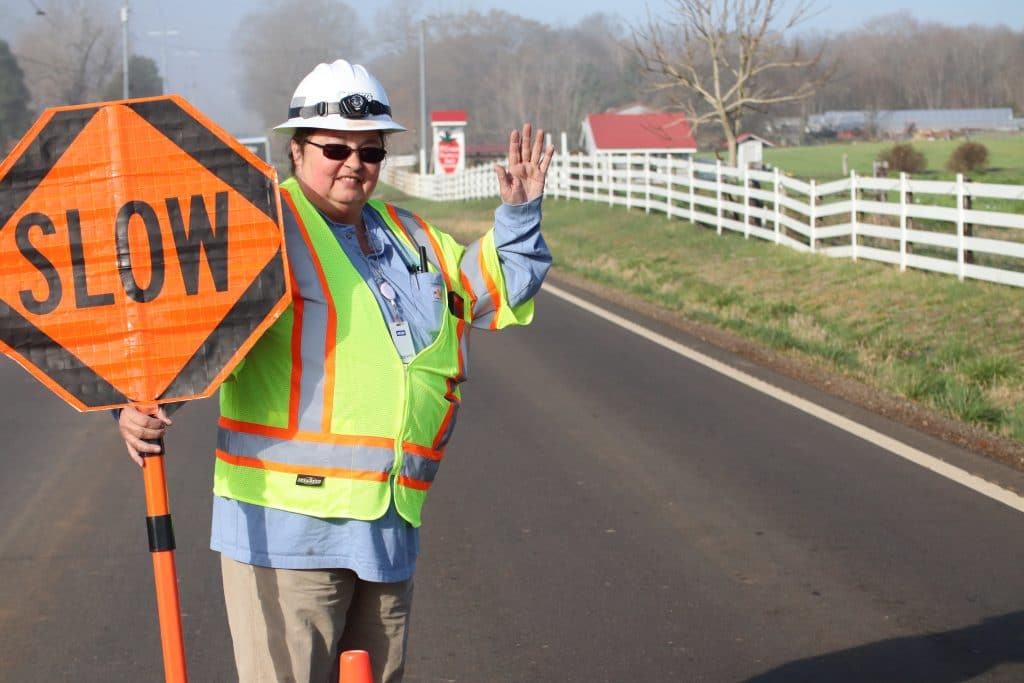 When the power goes out, so do Cumberland Electric Membership Corporation’s line crews. Lineworkers are the first to respond after an outage occurs, and they work tirelessly, often in dangerous conditions, to restore power to the communities we serve. If you are traveling and see one of our crews on the side of the road, we kindly ask that you move over if possible and give them a little extra space to work. We care deeply about the safety of all, and this extra precaution ensures just that.

In 2011, following efforts by Tennessee’s electric cooperatives and municipal utilities, the state’s Move Over law was revised to include utility workers as well as the already covered police, firefighters and other first responders. The requirements of the Move Over law are simple. On a four-lane road, if safety and traffic conditions allow, a driver approaching a utility vehicle with flashing lights must move into the far lane. On a two-lane road or when changing lanes is not possible, a driver must reduce speed.

Utility crews are not the only ones who could use the extra space. Emergency responders, such as police officers, firefighters and emergency medical technicians, often find themselves responding to emergency situations near busy roadways. We ask that you follow the same procedures mentioned above to help keep these crews safe.

There is plenty of room for all. Let us work together to keep everyone safe on our local roadways.